Vortex flow meter can be installed vertically, horizontally or at any angle. What’s more critical is that the fluid can fills the pipe completely  and there is no any swirls or distortions in the upstream. Usually  users will place control valves used to reduce the pipe size and keep the meter full, to be sure the meter will not influenced by the ball valve, between the upstream valve and the meter there must be have straight run. And, between the meter and the downstream valve there should be straight run equaling at least 5D(D here means the diameter of pipe) .

In the application that temperature over +160°C/+320°F, we recommend adding insulation layer to protect the flow meters terminal board (terminal baord max temperature allowance is +80°C/+176°F) or to reduce heat loss. And, vortex meter meant to measure in the system requires to following directions.

Heat insulation layer or insulation jacket should not covered to the holder of the vortex meter.

The heat insulation layer can only extend to the position shown in below picture ①, ②, ③. 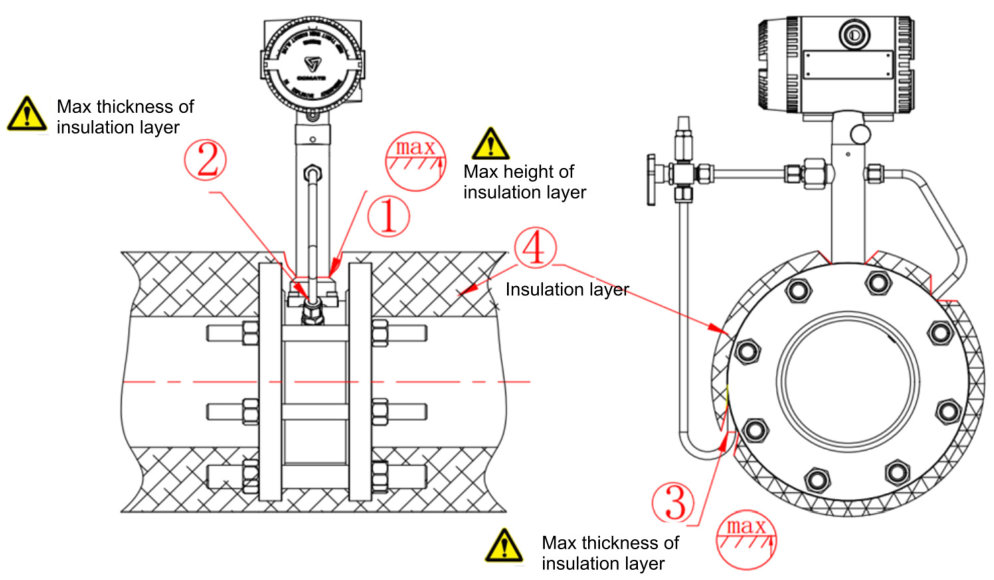